It appears that the impasse relating to Huawei is finally coming to an end. Starting back in May 2019, a heated discussion had emerged within the EU as to whether or not the controversial Chinese tech giant should be involved in the expansion of the ultra-fast fifth-generation (5G) mobile network in Europe.

Ever since, two distinct fronts have stood almost irreconcilably opposed to one another. On one side are the representatives of EU security authorities and intelligence services, who fear that Huawei could spy on European mobile networks and sabotage critical infrastructure on behalf of the government in Beijing. On the other side are industry representatives, a majority of whom is in favor of using Huawei’s services because they see it as the only way to avoid lagging behind other countries in the high-speed digital age.

The European Commission has now come up with what looks like a way out of this stalemate. In late January, after months of negotiations with member states, it announced that it was explicitly opposed to excluding particular 5G providers per se from the European market, arguing that the decision as to whether a supplier is considered risky or not must be made solely on the basis of specific security considerations.

At the same time, Brussels presented a bundle of recommendations designed to minimize the risks involved in setting up 5G networks – including an instruction to keep suppliers that had been classified as “high-risk” out of critical areas of the network. The commission included among these risks any influence coming from a third country.

In other words, Huawei will now be permitted to participate in the expansion of the 5G network in the EU, but under strict conditions. Does this mean that all’s well that ends well? Not at all. The US government, in particular, reacted very angrily to the European decision. After all, it was US President Donald Trump who declared a telecommunications emergency in the US last May as part of his trade war against China. This was the point at which the US Department of Commerce put Huawei on a kind of blacklist, and since then, the Trump administration has urged all of its international allies to similarly refrain from using Chinese mobile phone technology for reasons of cybersecurity. An extra component of this request was a thinly veiled threat that the US would restrict intelligence cooperation if it felt it had to. 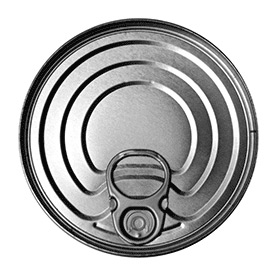